A Horse and Saddle of One’s Own 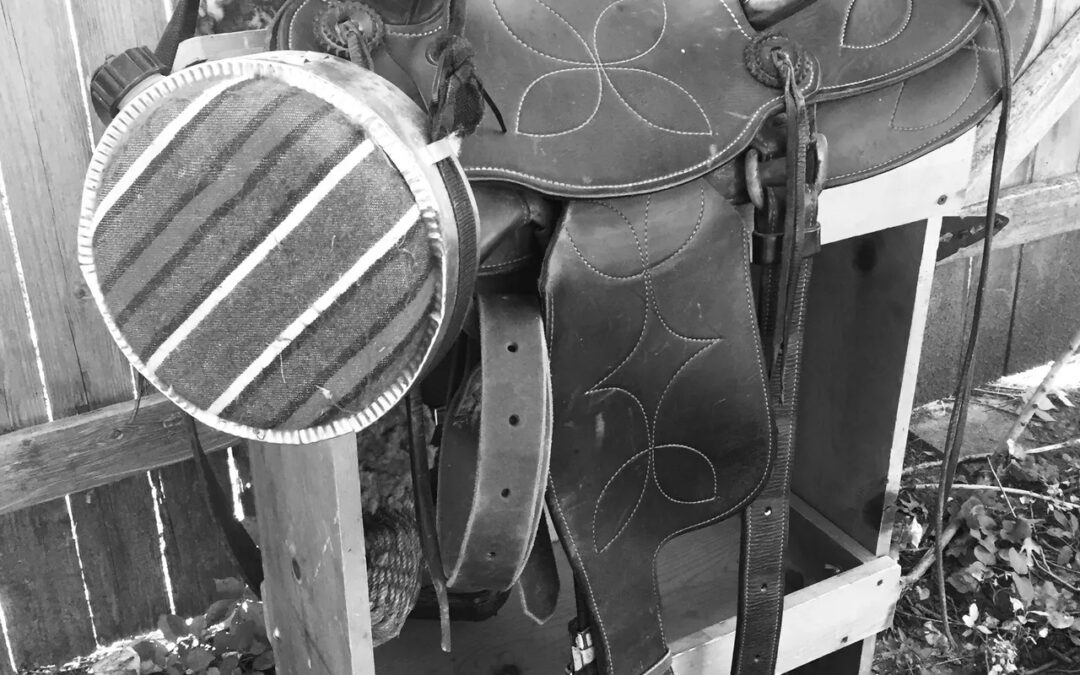 I saw a video today of girls competing in a stick horse competition, racing, jumping, prancing. I longed for a horse from the first time I saw a picture of one. At age eight, I finally got my dream–an aged mare Honey. Six months later my dad’s job moved us away from her, and for four years, she stood among cattle on the high Oklahoma plains, while my family moved twice more. Please comment or email me through this website if you have had this experience or this longing. I want to hear your story. Below is an excerpt from my book about those girlhood days, missing Honey.

“I dreamed of owning a saddle when I was six, in Detroit. I imagined myself an adult, driving down the highway with my saddle in the back seat, or in the back of a pickup, and people who passed by would see that I had a saddle—I must own a horse. I was eight when Honey—a fresh-cut-hay-and-merlot-fragranced apparition came into my life. Dad bought me a man-sized, 42-pound saddle from a Sears and Roebuck catalog. He reasoned I eventually would grow into it, which I never did. On the rare occasions my parents had to transport my saddle in our car, and if we chanced to stop at a service station, I would stand beside the car near my saddle in the back seat, my face stiff with self-consciousness, averting my eyes from people who must be staring at me, a horsewoman.

Only a year after Dad bought me Honey, he moved us away, to Lynnfield, Massachusetts, and then to Cincinnati for his work. In the four years that separated me from Honey, while she lived on a friend’s farm in Oklahoma, I sometimes descended the basement stairs to clean my saddle with linseed oil or saddle soap. I massaged its leather-covered horn, wide at the top with a two-inch-high neck made to anchor a rope with a calf on the end. I worked oil into the fork, whose swells someday would keep me from spilling over the front. I oiled the seat jockeys where my thighs would grip when I got big, and the fenders that would protect my calves from Honey’s sweat—if I ever rode her again. I dusted the Cheyenne roll—the top of the cantle where I would push back my seat if she ever took off fast. I would never learn to barrel race or rope a calf. You would have to be born into a family that did that. Maybe I could show, I dreamed. I had read stories about city girls who worked at stables for free, and learned to ride, and one day were asked to ride the best horse in the biggest show, ever.

Meanwhile, Honey grazed with cattle a thousand miles away in horizontal wind that pealed up hanks of hair on her rump—as if I never existed. In summers while I was away, I wrenched my saddle onto a deck rail and mounted it from a lawn chair. I positioned my legs under me: ankles, hips, shoulders, ears aligned vertically. I held twine for reins, fists lightly closed, backs of my hands to the sky, as I had seen in books.”